>> SRSQ (Usa - Dais record) <<
SRSQ (pronounced seer-skew) is the moniker of singer, musician, and elemental force Kennedy Ashlyn. From foundational years as co-founder of visionary shoegaze duo Them Are Us Too (alongside the late, lamented Cash Askew) through her growing body of solo work on Dais Records, she has steadily honed her multi-octave range and moodswing songcraft into an increasingly potent poetic voice. 2019’s celebrated debut, Unreality, showcased a deepening gift for melodic dynamics and emotive exorcism – a mode she half-seriously coined “griefwave.” The album’s passionate response prompted extensive live dates, further sharpening her natural performative instincts.
2022’s Ever Crashing further confirms Kennedy as an essential generational talent, able to synthesize private struggles and sorrows into stirring, redemptive anthems. Hers is a music of tumult and triumph, darkest night breaking into brightest dawn, where anguish blurs and becomes acceptance. SRSQ’s seeds have only just begun to bloom; looming tours, videos, and more will inevitably hasten an already radiant refinement.
“Dedication to my work will be my saving grace, and ultimately I’ll destroy the bullshit ideas of who I am or how I have to be, and experience true freedom.”

>> RIKI (Usa - Dais record) <<
West coast new romantic icon Riki returns with her 2nd simulacrum of pitch-perfect synth-pop, aptly titled for the precious substance it is: Gold. Inspired by notions of symbolic power, letting go, and transmutable realms of the heart, the album further refines her rare gift for making swooning melancholia as anthemic as it atmospheric. Working with Telefon Tel Aviv co-founder Josh Eustis at his Pasadena studio, the sessions unfolded fluidly and fruitfully, focusing on “quieter moments” and refining the record’s palette and voice. Occasional interruption from a nearby flock of wild parrots infused a mood of California dreaming, purple sunsets dissolving into deepening neon night.
Like all the most elusive pop, Riki’s songcraft is simultaneously direct and oblique, dynamic and detached, shifting from sparkling chorus to elliptical outro according to its own poetic logic. She characterizes her lyrical muse as “very much what’s going on in my life, things I wanted to say but didn’t have the platform.” This subcurrent of dream fulfillment animates the melodies with a specificity and immediacy that transcends her pantheon of 80’s influences: from Saâda Bonaire and Strawberry Switchblade to Bryan Ferry, Bananarama, and beyond. Gold skews less dance floor than her instant classic 2020 debut but taken as a collection it’s equally stirring, stylish, and exquisitely produced. Evocatively layered arrangements of drum machinery, sequencer, fretless bass, grey sky guitar, saxophone, and FX, anchored by Riki’s singular voice, alternately widescreen and wounded, yearning beyond time for ecstasies both fleeting and forever: “Thought I knew you, but you’ve gone far away / it’s not in your nature to stay / but the thought that I need you, grows stronger every day / the colors begin / to change.”
+ & Dj Oxblood (Paris-New/Dark Wave) résidente officielle des New Wave Party
TICKETS sur https://bit.ly/3J6ypae 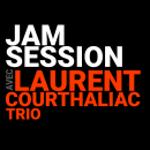 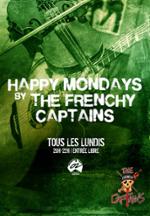 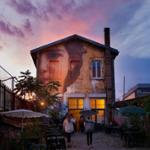